Kristinn “Kiddi” Agnarsson has recruited more people to the Credit Bureau Expansion team to meet the increased demand of all the new opportunities we are are receiving.  Joining him and Shane Moldenhauer, Einar Davidsson and Jóhanna Magnúsdóttir, who you read about in the previous month’s issue of The Ivory Towers, are:

Firstly, let’s start with how to pronounce Eyjólfur  –  as he advised some of our non Icelandic friends, its much easier to call him Eyjó which is pronounced A-O.  Also, a few of us think his name is a little like Eyjafjallajökull, the mountain that erupted and stopped all flight traffic in the world in 2010.  Eyjó has been hired to work on the east African business plan and will be based in Iceland.  He has a Business degree from Auburn University in USA. 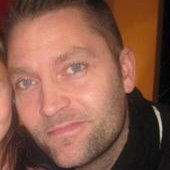 Gummi (pronounced like the chewy bear sweets) has returned to the Creditinfo family after studying for his MSc in Economics and Business Administration from Copenhagen Business School.  Before he went off to further his studies, he was Director of Sales for Creditinfo Iceland between 2008 to 2010. Prior to this he has gained a wealth of sales experience working for banks and media companies, along with a BSc in Logistics  ….which he is going to find very useful with all the travelling Reynir has planned for these guys! ;oP   Gummi has recently relocated from Denmark back to Iceland and now rejoins us as part of Creditinfo Group’s Credit Bureau Expansion team.