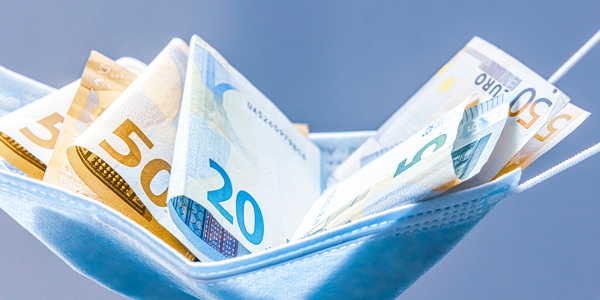 Historically, every time that there was a crisis, lessons were learnt. The Authorities, be they political or financial, rushed in to introduce and implement corrective regulations and legislation to either block legislative loop-holes or correct oversights that permitted players in their respective fields, but especially in the financial sector, to take advantage of same for their own individual benefit with little regard for the rest.

The lessons and improvements implemented by regulators and financial institutions since the  from the last financial have stood the banks and financial services in stronger position when facing the financial crisis which is following the health crisis.  Banks are reacting by using data insights through monitoring and early warning solutions to address problem debts before they escalate.

A few years later, with the introduction of strict regulatory measures, the requisite confidence and stability in financial markets was gradually established. Central banks are now closely monitoring these, issuing directives on a regular basis to further stabilize and impose tighter controls to prevent a repeat. Regulating banks is difficult, unfortunately, and there is always the risk that a similar crisis raises its head again.

This is a very simplistic reference to the Financial Crisis of 2007-2009, which forced changes and tighter controls on the global financial markets.

Changing the scenario to the present day, COVID-19 pandemic, although different, in that it is more of a medical beast, has impacted the global population and, as a result, the global economy has turned out to be messier than the Financial Crisis of 2007-09.  Individuals who own and control both global economic and non-economic practices are the victims this time. Through its secondary effects, the pandemic, may also be considered as a financial crisis. The policies put in place to control and ultimately curtail the pandemic, have so far had limited success in curbing the spread, but they did manage to create havoc with the global economies.  Some industries, such as food distribution, benefited from rising demand, while others, such as telecommunications and pharmaceuticals, were unaffected and continued their operations, although maybe at a slower pace but certain sectors took a heavy beating.

The airline, travel, hospitality, leisure, and entertainment sectors have been hit the hardest with dramatic reduction in activity and with closures being the norm.

However, the airline industry is just the beginning.  One has also to consider other businesses that are directly and indirectly linked.  Millions of individuals are affected – loss of jobs or reduced hours of work translate into less consumer spending, higher risks, defaults and similar. At this point, the Great Depression comes to mind, but the true impact of the pandemic will be gauged towards the end of 2021 and throughout 2022.

In these turbulent times, with losses expecting to continue until 2022 and possible, even beyond, risk management is crucial and extremely critical for all industry players. Despite, corporate bankruptcies still being rather low, further pandemic waves with the relative lockdown and restrictive policies would deplete remaining cash reserves and eventually increase bankruptcies.

The new normal will set in at different speeds as lockdowns are lifted, but this will also depend on the recession in each country and on the effect of restrictions on demand and supply.  Recoveries may vary by sectors, but severe economic necessities may induce Governments to loosen their restrictive policies in an effort to kick-start certain activities, in particular, the airline industry and travel, which indirectly would also re-activate the hospitality, leisure and entertainment sectors.

It is now more critical than ever that financial institutions and other market participants, recognize the value of using tools like a Credit Bureau. These credit bureaux deliver insights in the data such as credit scoring and financial transparency, that can identify riskier projects/individuals/businesses, and thus prevent defaults to the benefit of the lender and national stability, in general.

Now is the time to gain a better understanding of our local marketplace, and the speed in which information changes. We have to comprehend how our local marketplace will perform in the post COVID era. It is better to be informed than to continue blindly as the future is changing and businesses and individuals must adjust and act accordingly.

In the immediate future, credit risk assessments, will be based on real-time monitoring of sectoral and sub-sectoral situations, making historical data in previous known environments less important – COVID has taught us a tough lesson