Number of bankruptcies up by 26% in Estonia 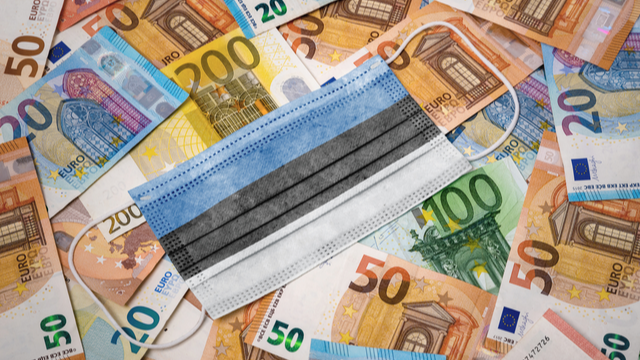 Creditinfo’s bankruptcy survey revealed that the amount of bankruptcies grew last year for the first time in ten years and increased 26% compared to 2019 in Estonia.

Last time the number of bankruptcies grew significantly was due to the global economic crisis in 2008 and 2009 when the growth measured up to 150% in annual comparison. There was marginal growth (+2.4%) in 2017, but this was a shift by eight companies. In 2020, the number of bankrupt companies increased from previous year’s 271 to 341 ( 26%). The share of companies that have gone bankrupt is at 0.15% of all registered companies.

“The amount of bankruptcies remained at a low level in 2020, but there was still a trend of significant growth in the number of bankruptcies that we have not seen since the beginning of the previous great economic crisis. It may be assumed that this was partly due to the effects of the corona crisis, but since the bankruptcy process is long-term, we will probably see the greater effect here next year,“ explained Creditinfo Estonia’s analyst Helen Tinkus.

“This might have been caused by the fact that the economic environment had become insecure because of the corona crisis. More business plans failed completely and the companies were unable to gather any assets at all before the insolvency situation developed. At the same time, there were also some asset-less companies that showed substantial turnover numbers in the years prior to the bankruptcy,“ Tinkus added.

“There have been no changes in the fields of activity with the highest bankruptcy rate in the recent years. But the share of bankrupt companies in the hospitality and catering sector grew faster than in others, both compared to other fields of activity and to previous periods. These are the fields that was influenced the most by the corona crisis and the restrictions. Based on the payment defaults and wage compensations statistics, we can predict a greater effect of the crisis on the companies operating in the field also in the coming years,“ Tinkus stated.

Creditinfo Estonia Ltd has conducted bankruptcy surveys about Estonian companies since 2000. During the 20 years the number of bankruptcies has both increased and decreased in waves, reaching the peak level in 2009 as a result of the global economic crisis. In 2011 the number of bankruptcies fell by a remarkable 40%, in 2012 by 20%. Bankruptcies have decreased steadily also in the following years, reaching the pre-crisis low level in 2015. 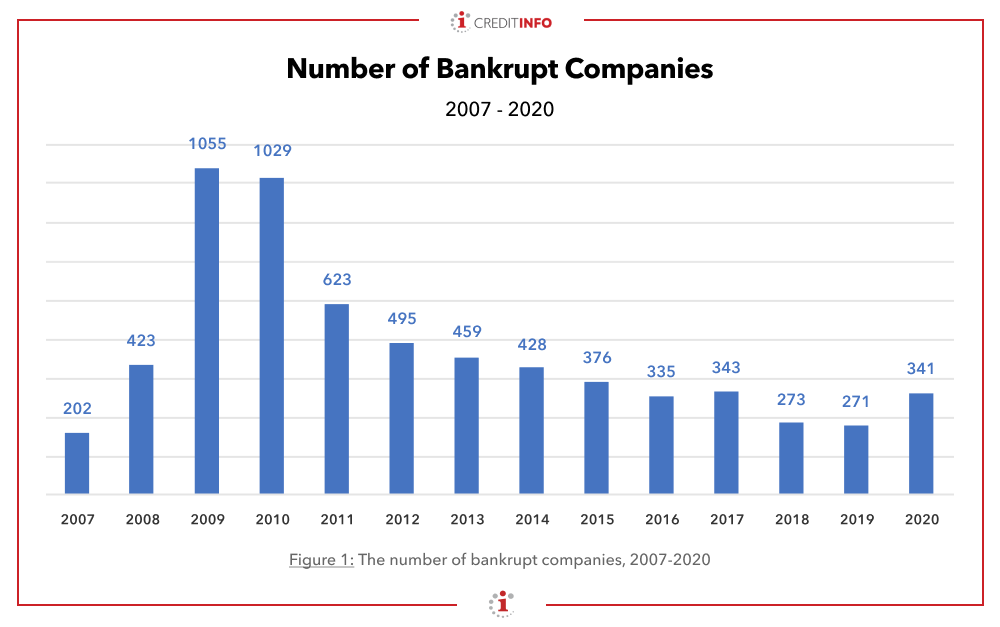